What does it mean to be human?

When I started working on the concept and script for The Android, I had two main topics that I wanted to address: the portrayal of sex workers in visual forms of media, and conversations around the future of sex robots. As both a current sex worker and avid sci-fi fan, I saw an overlap between these subjects and wanted to envisage a future different to what films and television shows portray.

Media portrayals of sex work are stigmatizing, depicting sex workers as only victims within their narratives. In contrast, rare, positive depictions of sex work have often glamourized the industry, focusing purely on fancy dates and the money that can be earned, while downplaying the actual amount of sex and work involved in being a sex worker.

Many of the current conversations around sex robots play into a similar binary narrative; either sex robots will lead to the further objectification of women or they will do such a good job that sex between humans will become obsolete. These debates also raise important theoretical questions about the rights of any artificially intelligent beings we create in the future. Will they be slaves to humankind; will they have the ability to consent for themselves; are they really consenting if we are their creators?

In The Android, I wanted to illustrate an average, everyday interaction that may occur between an escort and a client, from the initial e-mail enquiry through to the end of the booking. No one pops a bottle of ten-thousand-dollar champagne, no one falls in love, and no one gets murdered. Furthermore, consent and agency are portrayed in both subtle and explicit ways, in writing, in glasses of wine, in body language, and in concrete discussion.

Therefore, this film depicts more than just sexual fantasy. It aims to portray a futuristic fantasy world in which sex worker’s voices have been heard, and our human (and perhaps android) rights are simply a given.

A Claw Foot Tub and A Man in a Kilt – Video

There’s Nothing on Telly – Video & Picset

This is just a preview!

OR Buy a Membership: 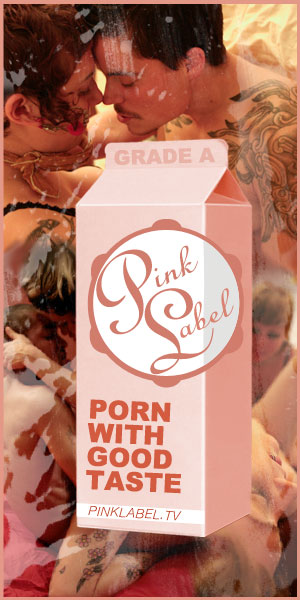